The reason you and I are here. 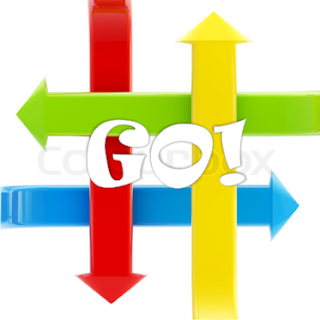 This message was preached by Colin D Cruz at Word of Grace Church on the 13th of April 2012.

Imagine a small group of people, not very educated, not many of rich or of noble birth, being given the task of preaching the gospel to the whole world. They are a scared bunch who lock themselves up in their rooms and run when challenged. They think, is it possible, how will we make disciples of all nations. I’ve never been to any other nation before.
2000 years ago, Jesus gathered his 11 disciples and in Mt 28:18-20 he gave them this instruction: and make disciples of all nations…
What if Jesus said that to you today? In fact, he is saying that to you today. You may be wondering – what can I do? Can I make a difference?
Brothers and sisters, you are sitting here because that group of 11 took Jesus’ instruction to heart and faithfully made disciples… who made disciples… till one day somebody shared the gospel with you and you became a disciple. It’s now your responsibility before you leave this earth to make more disciples.
3 STAGES IN DISCIPLEMAKING
The first task in disciple making is EVANGELISM.
Jesus made disciples through PUBLIC PREACHING and PERSONAL EVANGELISM
Not all are called to Public Preaching but we are all called to personal evangelism
Mt 28:18-20
ALL AUTHORITY
GREAT  CALLING
2 Cor 5:18 ministry of reconciliation
5:20 – ambassadors of Christ
GREAT REJOICING
Lk15:7 There is more rejoicing in heaven over one sinner who repents than over 99 righteous persons who do not need to repent.
Lk15:10 there is rejoicing in the presence of the angels of God over one sinner who repents.
GREATEST THING U CAN DO FOR SOMEONE
JESUS CAME TO SAVE THE LOST  Lk 19:10 For Son of Man came to seek and to save what was lost."
JESUS PROMISED TO MAKE US FISHERS OF MEN Jesus said he would make us fishers of men. Mt 4:19 "Come, follow me," Jesus said, "and I will make you  fishers of men."
2       THINGS WE CANT DO IN HEAVEN – Sin and Share the gospel
JESUS’  LOVE COMPELS US - If we have the love of God in our hearts …it will compel us. 2 Cor 5:14, 15 For Christ's love compels us, because we are convinced that one died for all, and therefore all died.15And he died for all, that those who live should no longer live for themselves but for him who died for them and was raised again.
Imagine if you were on the TITANIC and it began to sink and you were struggling in the water. And somebody on a lifeboat through  you a rope and pulled you on to safety. Please have some hot coffee, change your wet clothes, have some hot idlis and vadas. But then as you look around you see other bodies struggling in the water. They have not drowned yet. Some of them are swimming – they think they can make it to shore – 500 miles away – no way. Others are holding on to pieces of wood. Other are gasping for breath.
Evangelism – Is presenting the good news that Jesus has died for the sins of the world, that whosoever repents and believes in him shall not perish but have eternal life.
Before we can present the gospel – There are pre-evangelism stages.
1.      Prayer
2.      Opening of Doors (Col 4:3)
3.      Preparation: learn how to share the gospel, learn how to share your testimony,
4.      Arouse spiritual interest – through actions and words
a.      I’ll pray for you…
b.      God blessed me…
c.      I thank God for …
5.      Love one another jn 13:34-3
6.      Share the gospel – the results are in God’s hands,

God has to choose and touch hearts

Jn 15:16 You did not choose me, but I chose you and appointed you to bear fruit…
Acts 16:14 Lydia The Lord opened her heart to respond…
Acts 13:48 … and all who were appointed for eternal life believed

3 different responses to the gospel

1.      Acts 17: 32 some of the sneered, (rejection)
2.      others said “We want to hear you again on this subject”  (more information)
a.      v34 A few men became followers of Paul and believed (salvation)
One hundred years ago, on Sunday, April 14, 1912, the “unsinkable” ocean liner Titanic sank to the bottom of the ocean after hitting an iceberg. About 700 people survived, but 1,517 people perished in the cold sea because insufficient lifeboats had been placed on the boat.
here is a fascinating story about one of the passengers, John Harper, who was among the Titanic passengers who lost their lives, and his “final convert”.

The story said, “Harper served as pastor of Walworth Road Baptist Church in London, England. He was a 39-year-old widower with a six-year-old daughter. Harper was en route to Chicago, where he was slated to preach for several weeks at the Moody Church.
“His daughter and niece accompanied him on the trans-Atlantic voyage. After the Titanic hit the iceberg, his daughter and niece boarded a lifeboat and survived.
“Harper, however, refused to save himself and instead helped others to the crowded lifeboats. According to survivors, Harper preached the Gospel until his dying breath, first on the sinking ship and then in the frigid waters.”
The October 1928 issue of “The Latter Rain Evangel” (published by The Stone Church, a historic Assemblies of God congregation in Chicago), recounted the following story of John Harper’s last convert.
“Three or four years after the Titanic foundered (1912), a young Scotsman rose in a meeting in Hamilton, Canada, and said: 'I was on the Titanic when she sank. Drifting along on a spar in the icy water on that awful night, a wave brought John Harper of Glasgow near to me. He, too, was holding on to a piece of the wreck. "Man, are you saved?" he shouted. "No, I am not!" was the reply. He answered, "Believe on the Lord Jesus and thou shalt be saved".

“The waves bore him away; but strange to say, a little later he was washed back alongside of me. "Are you saved now?" "No!" I replied, "I cannot honestly say that I am." Once more he repeated the verse, "Believe on the Lord Jesus Christ and thou shalt be saved." Then losing his hold he sank. And there, alone in the night, and with two miles of water underneath me, I believed. I am John Harper’s last convert.”
By Navaz Dcruz - May 15, 2012 1 comment: 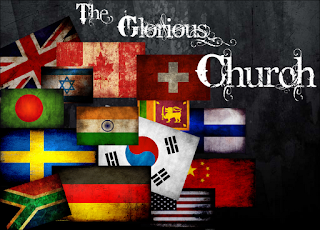 This is a summary of a message preached by Steve Oliver of Gateway church Dubai at the Family Camp held in Pune 2012.
God’s promises over our lives are never “maybe” but YES and Amen. If you are willing He will help you cross over into all that God wants for you.
1Cor22:5 5 David said, “My son Solomon is young and inexperienced, and the house to be built for the Lord should be of great magnificence and fame and splendor in the sight of all the nations. Therefore I will make preparations for it.” So David made extensive preparations before his death.
David is explaining to Solomon about the Temple and how exactly he should build it. God’s presence was going to dwell in it. “The house of the Lord should be of great magnificence”. When they finished building the temple it was magnificent. People worshipped God and God filled the temple with his presence.
Later the temple was destroyed. Haggai prophesied that the glory of the later house would be greater than the former. In Ezra’s time those who had seen the former temple wept because the temple rebuild was nothing compared to Solomon’s’ temple. So, how could he talk of the latter glory? He was talking of the future – a temple that would be raised up which would  be greater.
Around us is the magnificent building of God – the church.
When Jesus died he said, ”It is finished”. That opened a new covenant of grace. Though our response is individual there is a corporate result.
After he was raised from the dead he began to gather people.  One hundred and twenty people  who had witnesses the risen Christ spoke in tongues and 3000 were added to their numbers. How much joy there must have been that day and what a challenge for the leaders!
From that day the church began to take ground and went on to the ends of the earth. Within 30 years the whole Roman Empire had heard the gospel – thus the glorious church was born.
Jesus talks about his glorious bride in Revelation 19. John sees you and I as the bride of Christ being ushered in and being presented to the Lamb of God. V6 talks of the bride making herself ready.
It is grieving when Christians talk badly about the church/bride of Christ. We need to protect the bride of Christ. Eph5 Christ gave himself up for the church so that he may sanctify her without spot, blemish or wrinkle so that she might be holy and blameless without blemish. The church has a few wrinkles and stains. We need one another so that we can help each other. There are promises over the church and this is what we have given our lives for. We need to lay hold of what God wants us to be. IF we understand this we will change our cities and nations.
If we picture the church in her glorious state it stirs up mission in our hearts to go and tell others and tell them “you can’t miss the invitation to the marriage of the Lamb”.
Abraham had seen the new city that is why he could leave Haran and follow God.
If we are to take cities we need to build the church. Do an excellent job in the city and villages.
How we prepare the bride is important and each one plays a part. Everything we do counts and will be tested by the fire of God . Everything that we build will be tested by fire and we can’t fool around with the church. It’s about life and death for the nations. Everything that happens in the world is resting on the church.
Where is God’s attention today? It is  on the church because you and I are the answer the vehicle of God reaching out to the nation and how comforting it is for those who lead. Heaven attention is on what we are doing.
These are important days when we know God is with us. Jesus’ plan is to see a glorious church, radiant. Over the next few years not only in the nation but across the world we will be planting churches.
As we go it isn’t going to be about churches we plant but what type of churches we plant because Jesus has given a specific plan and we must build according to that plan, according to his word.
God cares about the small details in our lives. When we follow him with all of our hearts God gives us the desires of our hearts.
We must pay attention to the detail of the foundations – because if you don’t cracks appear in the structure.
A glorious church will have a glorious foundation.  What we put into the foundation is what will be seen eventually.
You cannot talk about building without knowing something about its foundations “M. Lloyd Jones
We need to build foundations where churches relate with each other and not fall out.
If we have to see Churches change the city we need to build good foundations.
By Navaz Dcruz - May 09, 2012 No comments: