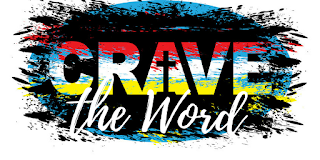 Earlier the doctor would do a test on you, to see what was wrong with you. One of the surest sign that someone is unwell is a lack of appetite. That’s why look at their tongue. If that is ture for our physical bodies, it should also be true for the spiritual body. The lack of desire to feed on the things of God is the indicator that there is something wrong,

1 Peter 1:23- 2:3- “For you have been born again, not of perishable seed, but of imperishable, through the living and enduring word of God. For, “All people are like grass, and all their glory is like the flowers of the field; the grass withers and the flowers fall, but the word of the Lord endures forever.”And this is the word that was preached to you.” Craving means to have a great desire.

Q. Do you crave the word of God?

John 8:47 says “Whoever belongs to God hears what God says. The reason you do not hear is that you do not belong to God.”

John 8:31-32- ““If you hold to my teaching, you are really my disciples. 32 Then you will know the truth, and the truth will set you free” If you know the word and you obey it, then we are his disciples.

In Psalm 1:2 the psalmist says, blessed is he whose delight is in the law of the lord and who meditates on it day and night.

Sometimes, it’s our flesh that wars against holy desires. We say to people, youre in my heart. It means, you’re close to me.

Think about this- you wake up late and you have to make a choice between having breakfast or read the word. What would you do? Job 23:12 says I have treasured the words of his mouth more than my daily bread! If he had the choice, he’d have read the word.

The normal is that we need to desire and delight in God’s word. 1 Peter 2:1- like newborn babies, crave pure spiritual milk. Babies are cuddly and lovely. But they are helpless. They can’t do anything. They are only interest in milk! Peter is giving us a strong simile. Once the baby gets hungry there is no more peace. This is the aspect of new born babies that peter wants us to imitate.

Q. How does someone come to know Jesus?

It is only through the word of God. Peter could have said, teach the word, meditate on the word, hide the word on your heart, etc. they are all important, but he says, crave for the word. The starting point is to crave it. We need to ask God to change our appetite.

Q. What do you spend more time on?

It is not what you say you crave, it is the amount of time you spend on what you’re doing.
Peter is reminding us that we are born again by the word of God and so you will crave the word of God. Then he says, rid yourself of all slander and malice,etc. If these things are in your life, you cannot crave the word of God. If a little child has had a lot of junk food, they won’t want to have milk.

Pure spiritual milk- is uncontaminated word of God. You need to be careful where you are eating from. When you have kids, you sterilize whatever goes into their mouth. In the same way, let’s start with the unadulterated word of God. Hearing from God is not a very difficult thing to do.

1.      Get a modern translation of the Bible
2.      Start with the gospels if you are reading after a long time. Don’t read sporadically but systematically. The Bible is a series of letters. If someone you love wrote a letter, how do you read it? You start at the beginning and finish at the end.
3.      Read it regularly. Feeding ourselves spiritually is similar to feeding ourselves physically. You don’t eat one big meal once a week. We feed ourselves many times a day- in bits and pieces. How can you eat an elephant? One bite at a time. So also read the Bible one chapter at a time. There is so much in the Bible that great theologians can’t understand it. But so simple that even small children can get it.
4.      Keep a journal, put the date and ask God to speak to you from the word. If you skip a few days, you’ll know how often you’re reading.

Q. How do you know the Bible is true?

Just start obeying it and you’ll see your life transform. As you keep doing it, you grow strong.

All the babies came out small and frail, but as they craved milk and fed on it, they have grown big. The same thing will happen in our spirit.

Word of Grace is an Evangelical (Born Again),  Spirit filled (Charismatic), Reformed, English speaking church in Pune that upholds the Bible as God's inspired Word for life. We are a church community that have people from every part of India and parts of the world. We are here to put the Great Command and the Great Commission into practice by equipping and releasing every member into works of service. To know more about us please log onto www.wordofgracechurch.org.
0
By Las V - December 20, 2016 No comments:

Where does the Christmas Story begin? | Colin D 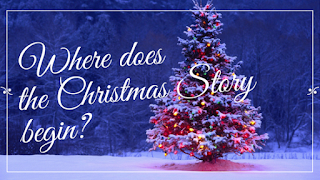 We know the 25th of December we celebrate the Chrismas. What is the significance of Christmas? Where was Christmas first mentioned in the Bible? The Birth of Jesus is mentioned way back in Genesis 3.

But before that, Genesis 1 and 2 is the account of the creation of the earth and everything in the world. The Bible begins with the assumption that there is God.  It doesn’t explain God. Then God said- the Father, Son and Spirit working together, and the earth was birthed. Only man and woman were created in the image of God. they are a special creation. Animals are not in the same plane as men and women. We have the ability to imagine, create and improve, and an inborn desire to worship. People, even from even the most primitive tribes have this desire, to worship a creator much bigger than them.

God’s order- God, man, and rest of the created world. The plan of God is for man to rule and subdue the earth. Work is not bad. God’s eternal purpose for us is to work. The sad thing today is, people want to work hard so they can retire and enjoy. God has called us to work and not to retire. There has to be a balance in life. And God gave them just one command.

In Gen 3:1-2- “Now the serpent was more crafty than any of the wild animals the Lord God had made. He said to the woman, “Did God really say, ‘You must not eat from any tree in the garden’?””When the devil wants to lead us away, he puts a doubt on what God has done. Jesus, when tempted in the wilderness, used the word of God to fight the devil.

In Gen 3: 6- “When the woman saw that the fruit of the tree was good for food and pleasing to the eye, and also desirable for gaining wisdom, she took some and ate it. She also gave some to her husband, who was with her, and he ate it. 7 Then the eyes of both of them were opened, and they realized they were naked; so they sewed fig leaves together and made coverings for themselves.”

This is the background. Then in Gen 3: 9- 10 ”Then the man and his wife heard the sound of the Lord God as he was walking in the garden in the cool of the day, and they hid from the Lord God among the trees of the garden. 9 But the Lord God called to the man, “Where are you?” He answered, “I heard you in the garden, and I was afraid because I was naked; so I hid.””
Then Adam has the classic man response, blaming it on eve. In verse 15 is the first mention of Christmas- “And I will put enmity between you and the woman, and between your offspring and hers; he will crush your head, and you will strike his heel.”

Now offspring could be one or many. But we know it is referring to one particular offspring because it says in the next verse, he will crush your head. God was working out the salvation of mankind already because now man was going to die. The authority and Dominion has been taken away form them and passed on to satan.
This offspring is going to save the people from eternal death and give it back to God.

Q. What is the significance of Christmas?

He is going to save each human being and give us back our right over God’s creation.
Isaiah 9: 6 “For to us a child is born, to us a son is given, and the government will be on his shoulders. And he will be called Wonderful Counselor, Mighty God, Everlasting Father, Prince of Peace.” This is the prophetic voice.

Gal 4: 4- 7 “But when the set time had fully come, God sent his Son, born of a woman, born under the law, 5 to redeem those under the law, that we might receive adoption to sonship. Because you are his sons, God sent the Spirit of his Son into our hearts, the Spirit who calls out, “Abba, Father.”  So you are no longer a slave, but God’s child; and since you are his child, God has made you also an heir.”

Jesus had to be born of a human being. Adam and Eve did not keep the one command. Then Israelites were given more commands. We can’t keep the law. That’s our sinful nature. In any religion, no one has always obeyed what the religion teaches. God sent his son, born under law to redeem those under law. He was not born under man. Jesus was conceived supernaturally by the Holy Spirit.

Q. What is it to redeem?

Imagine a small boy with a boat and one day it goes missing. He sees it in a store, with his name on it. He asks for it back since it belongs to him. But he is told that he has to pay for it. So he gathers the money and gives it to the shopkeeper to get it back legally.

Because of Adam and Eve sinned, we are in debt. Jesus came and bought us back. He died for our sins and purchased us back.

I thought earlier that God would see my good deeds and bad deeds and you go to heaven or hell depending on what is higher. But your good deeds cannot cancel your bad deeds. But if you believe in Jesus, we are saved. He gives us sonship and inheritance. God has so much in store for us. He says, one day we will judge angels! What does that look like?

Christmas is about putting right the wrong that was committed in the garden of Eden. He has an inheritance for us on earth and in heaven. It requires for me to obey what God has said. In Revelation, God says, he’s coming with his reward. What he wants for us is to joyfully obey him.

Word of Grace is an Evangelical (Born Again),  Spirit filled (Charismatic), Reformed, English speaking church in Pune that upholds the Bible as God's inspired Word for life. We are a church community that have people from every part of India and parts of the world. We are here to put the Great Command and the Great Commission into practice by equipping and releasing every member into works of service. To know more about us please log onto www.wordofgracechurch.org.
0
By Las V - December 06, 2016 No comments: