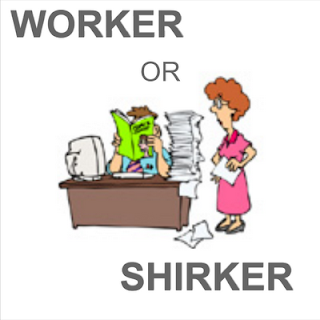 There are three types of workers. What are you?
1. There are those who wont do anything and they just get fired ultimately. Although in some careers it can take longer than it should!
2. Some people will do the bare minimum to avoid getting fired. Anyone remember that? I hope nobody here is like that.
3. Finally is what I call the ‘above and beyond’ workers. Above and beyond the call of duty workers. It’s said of Joseph that his master didn’t have to worry about anything while Joseph was there, because Joseph took care of it.
I would ask you this: Are you a shirker, or a worker? Do you put in the hours, and more importantly do you put in the effort that is required?
Act 2 of Esther makes this point: Esther, we have already seen is working hard, beginning to do everything that needed to be done. But now we see her involvement in the king’s life being spared. Mordecai uncovers conspiracy, he tells Esther and Esther informs the king. Now that wasn’t part of her job description, or Mordecai’s to be part of the king’s security detail. Have you ever worked with people like that? ‘Oh I can’t do that, it’s not on my job description’. But here God’s people thought they could do something, they could make a difference, so they decided ‘well, why not? Why would we not do that?’ For us it might mean thinking the best, serving in the best way in your situation – helping the boss out.
You might have thought that this is a sure way to get promoted. But it doesn’t always work as automatically as that. And it didn’t in this case. They were overlooked. Mordecai was overlooked. But all this came to be very important in the story later on, as we will see. Someone once said that ‘No good turn goes unpunished.’ I don’t know if that’s true.
I suppose we could describe what happened in the palace as some people plotting to stick the knife into their boss. Of course that often happens in the modern office, doesn’t it? ButChristians can, and I would argue, should, appear to lack something of that ruthless edge about them. They can appear not to have that ‘killer instinct’ that some people feel is absolutely essential in the modern workplace. But that’s because we actually love our enemies, and we try and do good to those who persecute us. Don’t we? Or doesn’t that apply when you go to work? No, it does apply when you go to work!
I would argue that in the longer term, the behavior of Christians does tend to work out, actually. The Bible tells us that, “Those who live by the sword will die by the sword.” And, “Pride comes before destruction and a haughty spirit before a fall,” and that, “God opposes the proud but gives grace to the humble.” That “God exalts the lowly.” That ruthless person at your workplace may himself find that he is the victim one day.
One of the interesting things is that recent work suggests that one of the main qualities actually of leading CEOs of companies that are doing remarkably well is a surprising form of humility. If you ask them, “Well how did it happen?” almost to a man they’re not going to say, “Well, actually it’s because I’m such a great leader, and I put in some good systems and we saw a hole in the market and we targeted it and this is what we did and that’s what we did.” What they’ll say is this: “We were fortunate.” It’s an interesting point. Now, they work hard to make the best of their good fortune, if you like. But there’s a humility that says, ‘There are lots of other people, I’m not entirely sure why we are so successful.”
So it’s an interesting thing that actually in the long term, godly values work, even in the workplace. Godly values in the mid-to-long term work. Sometimes in the short to mid-term you can take a hit, if I’m honest. You can take a hit. For example in sales, it’s very easy to lie about your product to get this quarter’s sales better but especially in the media-age, if you sell a whole load of products this quarter to people who don’t really need it and your product is no good and they all start writing on Twitter about how rubbish it is, you won’t make your sales next quarter. Do you see what I’m saying?
So in the short-term, for sure, dodgy ethics can sometimes beat godly ethics. There’s no question about that. But I would argue that in the mid to long-term, in almost every business, in almost every company, in almost every situation it just works. That’s not why we do it, mind you. I don’t think Mordecai thought, “I know, I’ll let the king know that he’s about to be killed because that way I’ll get promoted and become prime minister.” I don’t think he thought that way – he just did what he knew was right.
THIS ARTICLE HAS BEEN TAKEN FROM www.adrianwarncock.com
By Navaz Dcruz - June 14, 2011