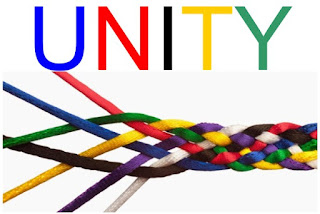 This message was preached  by Daniel Macleod at The Regions Beyond Conference 'the HUB' in November 2017 and the video replayed at Word of Grace Church on January 14th, 2018. To listen/download the audio please click here.

Philippians 2:3 roughly translates to- we are here for one another’s success. Think about others- other church plants, others’ finances, fatigue etc. If I am doing that to others and all are doing to each other we have a wonderful matrix of unity and a body of powerful witnesses. Paul wants to send Timothy because there is “No one like him”.

Don’t you want that reputation? Always be there for the other person.

This is not a try harder message. We need to beware of pride creeping into our hearts- we may think we try harder than most.

We need to be baptised afresh into the God we love. Paul reminds us of who we are in Christ. When we are in Christ we should automatically become like him. We should know Him deeply in our hearts.

Phil 2:4-8- It comes in these 4 verses. If you want prominence, hierarchy etc. there is nothing higher than Jesus. In Isaiah 6:1- he saw God high and lifted up. In Colossians 1:15-18 he is called the image of the invisible God. But in Phil 2:2, He became a servant. He emptied himself of his glory and majesty that would attract us to him. He came as a peasant boy born out of wedlock. He acted as a servant. Every time anyone tried to give Him empty glory, He walked away. He knew his role was to descend and not to ascend. Rejection marked his ministry.

In Phil 2:3-4 it says that he was obedient to death and rejection. To the point that even His father forsook him- left destitute to die alone- from the highest highs to the lowest lows.

The cross is not an exalted thing. He was crucified like a common criminal. We would not have even realized it was him. He did this all for you and me. This was the way He walked and this is the way we should walk in our communities.

Points for Discussion:
1.      We say we are a part of an apostolic movement/ group of churches. Is there anything that we do at Word of Grace reflective of that value?
2.      How can we as individual members of Word of Grace and collectively do something to express the biblical value.
3.      What does being there for one another look like? Give concrete examples.


4.      Have you been there for your brothers and sisters? Have you felt supported as well?

Word of Grace is an Evangelical (Born Again),  Spirit filled (Charismatic), Reformed, English speaking church in Pune that upholds the Bible as God's inspired Word for life. We are a church community that have people from every part of India and parts of the world. We are here to put the Great Command and the Great Commission into practice by equipping and releasing every member into works of service. To know more about us please log onto www.wordofgracechurch.org.
By Las V - January 23, 2018