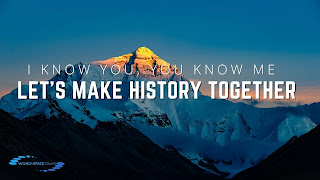 We are going to look into the book of Jeremiah, chapter 1 and focus on the words, "Word of the Lord came."

In these verses, we see the following -

Word of the Lord came
It came also

Why does the Word of God come?
When does it come?

Jeremiah 1:2 ESV - 2 to whom the word of the Lord came in the days of Josiah the son of Amon, king of Judah, in the thirteenth year of his reign.

In the days of Josiah, 13th year of his reign, days of Jehoiakim, until the end of the 11th year of Zedekiah, until the carrying away

We see that it came 4 times again and again. It came at the "Now Moment".

We live by written Word. At times, the Word comes to us at  "Now Moment".

We've been in the pandemic for so long that some started wondering where God is. Some have become comfortable. There's so much happening - trials in families, churches, we got a shock in the beginning.

God has plans. Spirit of God helps us move forward. We pick up something from the Word of Jeremiah.

Why does the Word come? And to whom?

Though the Word had come to Jeremiah, it was for God's people to warn them of the captivity. God's "Now Word" comes because they are God's people. He wants them to be restored. The "Now Word" has the potential to quicken them. When it comes, it has power.

In Bible, when Moses died, Joshua received the Word at the "Now Moment". As God's people, we can be prone to give up or sin and ignore God's call on us.
As a church, we need to think. Do we have a purpose? I believe God has a Word for us.

The "Now Word" is always a part of "Always Word"

The Call of Jeremiah

4 Now the word of the Lord came to me, saying,

5 “Before I formed you in the womb I knew you,
and before you were born I consecrated you;
I appointed you a prophet to the nations.”

We begin to see the "Now Word" comes to Jeremiah. It's always in context of God's people. What God says is "always".

1. Prophet to nations, ordained for the nations

God gave a promise in the garden of Eden. He promised a seed which is Jesus, that would effect the nations. It started right at the beginning. In Genesis 12, Abraham was called the Father of Nations. Now after 1500 years, Jeremiah got that same Word. It came as "Now Word". It's not new. It has always been there.
Who are you? You, I, the church. You are ordained. The church is for the nations. We are not to be survivors but influencers. Hey Church! Wake up! God has ordained you.

Though the pandemic is not over, God wants you to pick up something. Something about the church is going to change. What are we doing about our neighbours, colleagues, friends etc. God is reminding us that we are ordained.
So, God's first reminder to us is that we are ordained for the nations to bring life, hope to the people in the city.

Jeremiah is about to be called prophet to the nations. To him, God says, "I formed you, chose you, picked you for a purpose.
Once I heard a prophetic song which I still remember. It goes  like this - I know you, you know me, let's make history together.
God is reminding us like Jeremiah - " I chose you to make history"

1 Peter 2:9 ESV - But you are a chosen race, a royal priesthood, a holy nation, a people for his own possession, that you may proclaim the excellencies of him who called you out of darkness into his marvelous light.

The word "formed" is very important.

In the most powerful nation, Egypt, the Israelites were formed as a nation out of slavery. How can that be? It is only possible through God. Not just formed them, but God also delivered them and made them leave with gold, silver and many other riches.
We must understand that God's people just can't come into existence. God forms people. Word of Grace church didn't come into existence but God formed you.

When you read Psalm 139, you will know that each of you was formed for a unique role to play.

The word "knew" - long before you existed, I knew you Jeremiah.
What does that even mean?

It is an element of God knowing us intimately and choosing us to have a relationship with us. Your DNA is changed. It is of God's DNA.
He knows how to shape us. In some versions of the Bible, it is written as "Adam lay with Eve" This is about the intimate sexual relationship. In some other version, it is written as "Adam knew Eve".
So, knowing is a very deep and intimate thing. It is not just for purpose but to be known inside out.
There is something different about Christians. God knows us. And we must know Him. Know that He loves us and knows every flaw of ours.
Though Peter denies Jesus, He reinstates him.
God knows you. He wants to make history along with you.

Jeremiah 1:5c - before you were born I consecrated you;

I have set you apart before you were born. He sanctified you. Set apart for not anything else but for God's purpose.
Church, you are set apart. You may come and love this church but not just that. Every member of the church, every believer is set apart for God, for nations and for people around us.
We need to relate to people with reference to God. Saying sorry to people, being angry or taking revenge, everything must be in reference to God.
Many people don't like to consistently move ahead. The "Now Word" is for greater numbers and for greater fruitfulness. In Acts, the believers met everyday and broke bread together everyday. God wants us to get back on track because -

He has ordained you, ordained for nations - your neighbors, colleagues, friends

He formed you and knew you

He set you apart for His purpose - for nations, people around you