Well begun is only half... 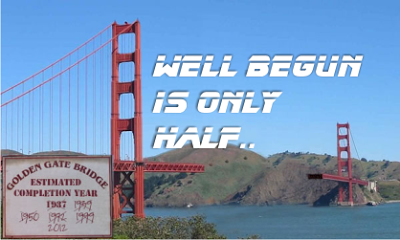 This message by Terry Virgo was preached at TOAM Bangalore 2012. This is a summary of the message.

2Chronicles 1:1
David had an amazing life. He fulfilled the purpose of God in his generation. And he was not on his own program or ambition but served God’s purpose in his life time. God has a purpose for each generation – that should be our ambition.
David did – he finished his course. But God’s purposes are not just wrapped up in one person’s life but the baton has to be passed on to the next generation. David passed on to Solomon.

David had several sons who may have felt that they were more qualified. Solomon is Bathsheba’s son – who probably should not have been even born. David was captivated by lust, he committed adultery and then to cover his sins he commits murder. Her husband was one of David’s mighty men, one of the 30 and David plots his murder.

So the background to Solomon’s history ought to disqualify him – he was born in lust and sin. BUT god chose him.

David says to Solomon ( 1 Cro. 28:10) “ The Lord has chosen you . Who God chooses is always a mystery. He does not choose the most qualified or the best scholars. He breaks the rule and chooses someone whose background is outrageous.

1Corinthians. Tells us that God chooses the foolish, weak , despised to shame the strong.He wants us to know this. He said to Peter, James , John , Andrew that they did not choose Him but He chose them. He chose them before the foundations of the world . Maybe you were not wanted, an unplanned pregnancy etc. Parents reject children saying terrible things. Solomon could have been like that. But David says “ The Lord  has chosen you” Do you consider this? God has called you “.. to build a house for the Lord”. In the N.T it is the church. AS David’s life is fading this is his charge to Solomon.

So Solomon establishes himself as King and sits on the throne. 1King 2::46. How did he establish himself? There were other who wanted the throne viz.  Adonijah– even before David died he plotted to take over. Shemeia  too. Solomon had them killed – he seems ruthless. He put other claims to death so that God’s purposes would be established. God has chosen you so you better put  other things to death – things that rival the place of God in your life. You have one life and if God has chosen you , you want to be careful how you live. He has created you for a purpose.

Eph 2:10  This gives your life immense value. He as his eye on you. So put to death anything that wants to reign in your life . Rom 8. Col 3 You have died and have been raised to life.
Jesus said to be ruthless with sin. If we allow it to grow it will dominate our secret world. By the Holy Spirit power you can put to death. Solomon establishes himself.

Jesus said to men who wanted to follow him, “follow me” and he told them “ let the dead bury the dead” God maybe calling you and there is opposition from your family. You have to be ruthless. Heb12 Put aside everything that hinders.

2Chro2:1
Solomon decided to build a house to the name of the Lord.
The NASB translation says “decided”, (ESV) supposed, KJV – “determined”, NIV “gave orders”.
The Hebrew word is “he said” which means he said to himself. He made a choice, and then did it. It’s a big decision he made. Making choices is how you build the Christian life because you often come to a fork in the road.
Giving ourselves to God is somewhat alien these days. Today people are less decisive. Even in marriage – people don’t marry, they just move in because they don’t want to decide or commit. They want to keep their options open. Solomon did not keep his options open. He decided to do it.
The bible is full of people who had a vision. Abraham lived in Ur and then God shows him a bigger vision and he is captivated by it.
Some of you have done that because you were captivated by a bigger vision i.e the house of God.

2 Chro3:1
Solomon begins to build the house of God. This is another step. It’s great to have a vision but  you have to have move on. Solomon begins to build . Verse 2 gives you a date i.e 2nd day of the 2nd month of the 4th year. Verse 3 – He laid the foundations and the measurements are given.
When you begin to build dates come along. Dreams have no dates. When you move beyond dreams you have dates. On the back of dates are measurements. When you start building you have to do the boring stuff – but the dream fuels you. If you don’t move into details nothing will happen.

Nehemiah heard Jerusalem was in ruined with the gates ruined. Zion was in shambles, no longer the joy of the whole earth. Nehemiah mourns this, In Neh 2 he emerges like a bull – unstoppable. Blessed are those who mourn for they shall be comforted. He did not form a committee or opinion poll – he decided to rebuild.

Bible and church history turns on men and women like this – they have a vision and cat on it. Nehemiah had not told anyone yet as he surveyed the place. Then he begins to build. Then the trouble starts. That the difference between a dreamer and a builder. When you build you get into a battle, opposition begins. Nehemiah was not a famous soldier but he realized that not only do you need a trowel but you need a sword as well. He had to commit himself to the measurements. We need builders who are committed. When you commit, things start to go wrong, but you have to press through.

At first they mocked him – it seems like careless comments – but they are vicious attacks. The weapons of mockery are very powerful because it brings shame on us.
Then they question his motives – Nehemiah’s heart broke for Zion but they used the cheap weapon and sometime people will question our motives. Some of us lived with for decades. It is a powerful and painful weapon.
“Should such a man as I?” – what did he mean> He meant he had been called. That’s what holds you i.e whether you are in or out – God has called you. You come through disappointments.
Some of his friends try to slow him down – there is disloyalty in the ranks. But he kept on building. Solomon kept building.

You so need to build your own life up in the most holy faith. You need to learn your Bible , not to impress God ( Jesus had already done that ) . When we really care, we start learning. Are you building up your prayer life – in order to release the power ? It  is easy to give up on prayer. So we need to teach ourselves how to engage with the Spirit.

2Chro5:1 Thus the work is finished. He completed what he set himself to do. Many start but they don’t finish. Be careful – lets finish what we start. What have you started? Many people’s tool sheds and garages are full of unfinished projects. From those of us who go into the ministry 40 years ago, only 10 % are left!

Discouragement, battle of faith, distracted like Demas , Satan’s attacks, defiled conscience ( 1Tim1:19) the Titanic had several warnings about the iceberg and the Captain ignored the warnings because he wanted  the Atlantic Crossing Record to be his. Some people ignore their consciences and shipwreck their faith.

God wants us to keep running and finish what he wants us to do.
Solomon finished building the temple but Solomon did not finish his life well. He married many foreign women. 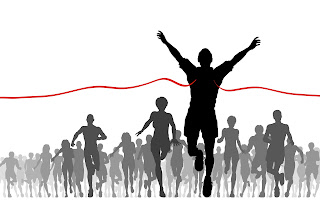 But there is one greater than Solmon who said “ I will build my church “ He had Judas, Simon Peter on his team. On the cross he cried out “ It is finished”. He knew that was his task – this is my meat to do the will of him who sent me – to finish”
John 17 Father I have glorified you.

What has God called you to, do you have a vision? Let’s finish well.


Word of Grace Church is a spirit filled (charismatic), evangelical  ( Born- again) English speaking church that preaches from the Bible as God's inspired Word of life. We are a church community that have people from every part of India and parts of the world. We are here to  put the Great Command and the Great Commission into practice by equipping and releasing every member into works of service.