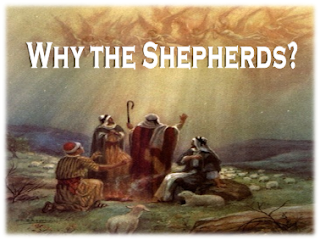 This message  was preached by Colin D Cruz at Word of Grace Church on the 9th of Dec 2012. This is a summary of the message. You can download or hear the audio message by clicking here.

Christmas is about the birth of Jesus. A miraculous birth to a virgin – “ An infinite God becomes an infant” Charles Spurgeon.

Verse1 During the time of Jesus birth the Jews were under Roman occupation.  Roma was a super nation that had conquered many nations. Ceaser Augustus Octavian was ruling. Rome had built an excellent road system so that their army could reach any corner of the empire in a few days.

For hundreds of years prophets in Israel had prophesied about the Messiah, the anointed one who would rule Israel and who would deliver them. Genesis 49:10 “The scepter will not depart from Judah, nor the ruler’s staff from between his feet until he to whom it belongs shall come and the obedience of the nations shall be his. “Jacob blesses his son and he and prophecies about the Messiah in verse 10. This is a big promise not just for Israel but the nations of the world. The prophets all spoke about the Messiah.

The revelation was progressive.
Micah 5:2“But you, Bethlehem Ephrathah, though you are small among the clans  of Judah, out of you will come for me one who will be ruler over Israel whose origins are from of old, from ancient times.”
Micah tells us more about where the messiah would be born. We get another clue here – that he would be born in Bethlehem.

Luke 2:1 Israel is under Roman rule. A few months earlier an angel appeared to Mary in a little town called Nazareth. But for the prophecy to be fulfilled the Messiah had to be born in Bethlehem. So God allows the rulers to ask for a census to be taken and each one had to go back to their home towns to register. That’s how Joseph and Mary move to Bethlehem.

What can we learn from this?
We see a Sovereign God at work orchestrating all for history to fulfill his story. God is in control and he controls the hearts of Kings as well.
Now there is no room in the inn. Even that was a part of God’s plan.
Verse 4-“ the town of David” Joseph belonged to the line of David.
Verse7 – The creator of the world was born out of public gaze and was born in a stable. Can you imagine the Lord of the universe humbled himself to be cradled in an animal feeding trough? Phil 2 tells us what the Messiah was like.
Who, being in very nature God,
did not consider equality with God something to be used to his own advantage;
7 rather, he made himself nothing
by taking the very nature of a servant,
being made in human likeness.
8 And being found in appearance as a man,
he humbled himself
by becoming obedient to death—
even death on a cross!

Inn – in those days there were no fancy restaurants or hotels. Inns were probably a spare room that a family would rent out to travelers. Because of the census the town was overflowing with people and there were no more rooms. The Inn keeper probably allowed them to camp in his courtyard near the stables.
Imagine the scene today when famous people are expecting a baby there is so much fanfare and glitz around the event! People speculate and bet on the date of the birth f the child, the sex of the child etc.

But when the king of kings was born it was a low profile thing. What did God do?
He did not tell the High priest or the Senhadiran, or the rich and famous,  Caesar Augustus. God chose a very different lot of people to share this news with – the Shepherds. They were usually out in the fields – they did not have the time to attend the synagogue regularly. They were considered as vagabonds, a thieving community, and liars not to be trusted. They were the social outcasts. But God chose to them to be the first recipients of the good news.

2 What do we learn from this? God is not looking for the who’s who, the high and mighty ! 1Cor 1:26-27.   Brothers and sisters, think of what you were when you were called. Not many of you were wise by human standards; not many were influential; not many were of noble birth. 27 But God chose the foolish things of the world to shame the wise; God chose the weak things of the world to shame the strong. This is the criteria that God uses to choose people (there are a few exceptions). God chooses the nobodies and the ordinary people of this world. Nobody gets chosen because he is intelligent, good looking or brilliant but is the grace and mercy of God that you and I are chosen. Many religions tell you to attain knowledge or purity to be accepted by God. But Jesus chooses the nobodies so that He gets the glory!

3 . Verse 8 The Shepherds were in the field and an angel comes to them. We picture angels as cute little creatures but actually they are big fearsome and awesome creatures. They always had to tell people not to be afraid of them. And it was angels such as these that announced the birth of Jesus.
Usually one or two angles would be sent to the earth to do God’s bidding. But when it came to announcing the birth of Jesus, we are told that an entire host of angels filled the skies and sang. There was an angelic choir. It must have sounded heavenly! They put on such a show for these ordinary Shepherds. The Shepherds had such a supernatural encounter that they believed the message and went looking for this baby.  Today do you believe the message?

Verse 16 They hurried off! I wonder what time of the night it was. Verse 16 again mentions that he was “lying in a manger”. This is the third mention. After the shepherds worshiped Jesus, they went and shared the good news.
What do we learn from this? This good news is to be shared. It is too good to be kept. This is the good news. God became a man to save the human race from sin. He brings peace and it comes when we acknowledge we are sinners and put our faith in Him.

They spread the word. Today I want to challenge you to spread the word like the Shepherds. There is a dying world out there. Good news is not good news if it is bottled up. Will you be like the Shepherds? We need to make this a life style. We need to see people are walking in their way to hell.
The shepherds returned glorifying and praising God. If we spend time praising God, the evangelistic fervor in our hearts will not die.
Jesus came to seek and save the lost!

Let this Christmas be different – lets gossip the gospel! Look for opportunities. I want to remind you of the couple in Hong Kong. Every year they lead 40 people to the Lord and they planted 5 churches. When they went to China to a city of 20 million people! They kept sharing the gospel and in 10 years 2 million people were baptized. It’s the same God. If He can do it in China, he can do it here. We just need to do what the Shepherds did – glorify God and share the good news!