From fear to favour : Persevering to possess the promises | Colin D Cruz 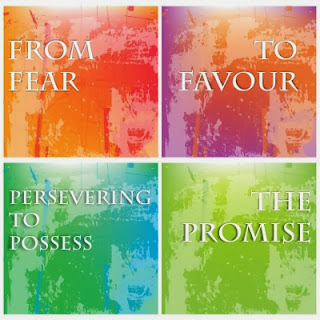 This message was preached by  Colin D' Cruz at Word of Grace Church  Pune, on the 12 th of January 2014
Happy New Year to all . Which Bible character who has a great father , a great son and grandson but is not often spoken of ? He is also a son of promise. YOU are a son of promise too.
To listen to the AUDIO please CLICK HERE

I want to talk about someone in the Old Testament who often gets over-looked. His father was very famous and great, his son and grandson were great.  You can get lost when you have such a great heritage. Who is he? Isaac.

The old testament is there for us as examples and warnings for us. There is much benefit in studying the lives of these men of God.

What was special about Issac – there were great promises spoken over his life just as they were to his father. All nations of the earth would be blessed through Abraham.

Abraham had great promises. The problem is that he did not have a son. The promise was there but not the fulfillment. Then, there was the son of the promise- Isaac. Genesis 17:16, 19- Here is a promise to Sarah: Mothers of nations, kings will come through her. The promises were spoken before he was born. He was blessed.

Even with us- promises were spoken over us before we were born because we are sons of Abraham because of our faith in Jesus. We need to know, believe and receive it. Your future is bright. Our ancestor is Abraham the friend of God.

Genesis 25: 19- You would think Issac should have it smooth sailing because he is the son of promise. Here is the funny thing; Issac’s wife was also barren. Isaac has great promises on his life but he has problems. His wife was barren. God gives us promises but there is a battle to be fought- with faith and perseverance we will have our inheritance. There are many promises God has given us personally and as a church. Inheriting the promises is not a cakewalk – we need faith and perseverance.

Q. How did Isaac persevere? His wife was barren. That was only one of his problems. How did he overcome? He prayed.
Isaac prayed on behalf of his wife. How long did he wait? It’s one verse after the other.
In verse 26 we see that he waited 20 years.

Sometimes, we have to wait. We need to hold on. Do you have problems?  God can move mountains. But we need to pray. Then Isaac is blessed with 2 sons but there are other issues.

In Chapter 26, there is a famine in the land. But the Lord told him to stay and not go to Egypt and he obeyed. In verse 12, God blessed him as he promised. However Isaac also feared man. So, he faced famine, barrenness, and fear of man in the face of these promises. This is true for all of us.  We face problems, just like Issac. He took hold of God’s word and he did something.

Q. What did Isaac do?
He planted crops and God blessed him a 100 fold. We can in the mean time plant deeds of kindness, prayer, sow into the kingdom and we will see fruit.

In verses 17-22: though he was the son of the promise, he faced challenges..Today many preach that health, wealth, good relations is a must for Christians. Is it true?

As he prospered the Philistines fought with him about the wells. Don’t we face this? So even though a son of the promise he faced challenges.
Here we have an example of how they had to persevere to get the promises.
How many times God speaks to him and reminds. Take hold of God’s promises, repeat them and keep them before you and believe them because we have so many other voices challenging those promises.

There are great promises, but they do not mean that we do not have problems because we live in a fallen world. We have to hold on and push through in faith and prayer. We need to plant something – something we have to do in faith and God will overturn the situation where you have the favour of man and of God. We can plant three things – prayer, fast , give.
As we do this, we will reap a 100 fold.