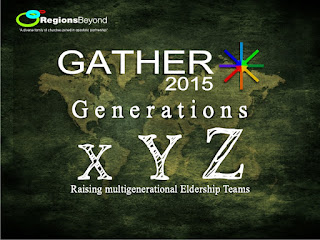 Q. What do you have in your home?

Don't look at another church but look at what you have in your body. Celebrate it and give thanks for them and start working with them. If we are faithful with little, God will entrust much to us

Acts 19: 6-10
The importance of this is to step into the Bible and live that life. We see it is very much like what we are doing and we can learn something.

Paul arrived in Ephesus and arrives there and finds some disciples of John. The Spirit comes on them. He entered the synagogue, spoke boldly there for 3 months and daily had discussions in the lecture hall of Tyrannus. This continued for two years, so that all the Jews and Greeks who lived in the province of Asia heard the word of the Lord. I want to take this 2 year period in the lecture hall of Tyrannus and give some understanding to what could have happened.

Take the life of a young man and show how God can do great works. Tyrannus had a lecture hall in which he used to teach during the mid-day period when it was very hot - many would go and sleep. So Paul finds this slot during the day - so all those working could come during the break. Paul would give understanding of the Word of God. He saw an opportunity which he grabbed.

He saw that Ephesus had gathered people from all over Asia. It was an economic hub. People came into Ephesus from all over, to trade and to make some money. When the workers heard the message of the gospel - not only about salvation, but about the kingdom of God and the rule of God coming to the nations- this young man/worker, hears the message and God gets hold of him

In Colossians Paul has a visitor - Epaphras from Colossi. He has travelled 2000k on foot and by boat over many days to bring a report to Paul. When Paul was in the hall of Tyrannus, many like Epaphras sat day after day listening to the apostle’s teaching. But he didn’t just sit there - God was building up this young man and the time came that a burning desire to reach the nations was in him. Eventually, Epaphras leaves Ephesus and goes back to his own town and starts preaching the gospel. There is a community there. Philemon, Epaphras , etc. come together that there is a community of the Spirit formed

In 2 years - Paul is able to say, the whole of Asia-minor has been reached. It must have been such a warm embrace when Epaphras meets Paul. I bring you greetings from the Church of Colossi, and all the stories of the people there.
I cannot tell you how Paul must have felt when he heard about the church in Colosse

Q. How did he get this right- that the whole of Asia Minor is reached? He only went to a few places for such a short time.
In Acts 20 Paul speaking now to the Elders in Ephesus. A few years ago there were 12 men who had not even heard that the Holy Spirit had been given.

Q. What was the secret to his impact?

Is it his anointing? His brain? His understanding of theology? Signs and wonders? What enabled Paul to raise up so many people so quickly and touch so many lives.
The answer is in Acts 20: 18 “You know how I lived the whole time I was with you from the first day I came into the province of Asia.”

You want to raise people - share your life: the good, the bad and the ugly. I believe it is the most effective way. As we share life, we put our teaching on display. We have to deal with life’s complications and act in power, faith and prayer and so we model something.

Paul writes to some of the other churches as well "You know how I lived when I was with you". I said to my elders who do most of my teaching in Gateway, “I have so many 5 points, etc. I want you to share your life in the congregation” Someone asked, “Isn’t that being boastful?”No. Start telling people about the mistakes you made, how God proved his faithfulness to you, the prayers that have not been answered, the storms that came. Tell them, you do not need to win my approval. I believe God has brought us together so I am going to share my life with you. Don’t worry about reputation, etc.

Paul says, I served the Lord with great humility, with tears, although I was severely tested by the plots of the Jews. If you want to be a good disciple find a leader who will share his life with you. So Paul at Miletus says "There is nothing hidden about me.” That is the key. I believe Epaphras saw something modeled in Paul that he wanted to follow

However, there is no one complete leader. As we see others we say "I want to be like that".

Epaphras - goes back with the little has and starts in time a community of the Spirit is born in Colossi. He is one of my heroes of the bible. I long for God to raise up many more Epaphras’ in our movement- among the government, the poor, the airport, etc. We know that Epaphras saw humility modeled

I want you to see a little secret here. It’s not only colossi but the letter to Philemon also goes here. After seeing humble servant leadersihip, and even though Epaphras had success, he knew he was building for another.

I didnt understand this in Clarens. I thought I was Gods answer to church planting. This is not about be, not for me, not by me and won’t happen through me because I am weak. By then Simon and Gary were starting to model apostolic ministry and so I started building the work for then. You then feel you are an overseer and a caretaker. You are not only accountable to Jesus - his sheep, whom he died for.

Epaphras goes all the way up across the Mediterranean to Rome and says to Paul - here is the community. Paul knows the people so well through Epaphras - but never got there and met them. True apostolic doctrine is given in the letter to the Colossians. Apostolic ministry is about giving ourselves to one another, living life together. That we remain humble and true to God’s word not get to a point of saying this is my church. That is why team is so important

Word of Grace is an Evangelical (Born Again),  Spirit filled (Charismatic), Reformed, English speaking church in Pune that upholds the Bible as God's inspired Word for life. We are a church community that have people from every part of India and parts of the world. We are here to put the Great Command and the Great Commission into practice by equipping and releasing every member into works of service. To know more about us please log onto www.wordofgracechurch.org.
By Navaz Dcruz - August 06, 2015

Email ThisBlogThis!Share to TwitterShare to FacebookShare to Pinterest
Labels: Eldership, Gather 2015, Regions Beyond