Lead us into battle| Gary W 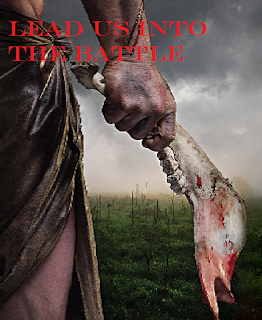 If you are a leader you need to have people following you.

Judges 16:23-31
Samson is a complex mixture of a man- Sexually promiscuous, violent man. But in Hebrews he is one of the heroes of the faith. This was a time of difficulty for people of Israel. At this point Israel was delivered Egypt and has entered the promise land.

In Judges 1:6-7, we see that they begin to do the very thing God has asked them not to do. They began to intermarry and began to worship other Gods. This is a very low period for the people of Israel. We are in a similar time where the people of God need are required to rise up.

In the promise land, the philistines were ruling over them and they have accepted it. God chose Samson because God wanted to fight. Samson is the only one who wants to fight, granted for wrong reasons, but was ready to pick a fight with the Philistines.

Q. Are you fighting? Are you a warrior?

Our task is the discipling of all nations. Pune is just the beginning. It goes to the ends of the world.
Q. Are you baptized in the Spirit?
It is not just for experience. It is so that we can be powerful witnesses in the Spirit.
The grace of God is so extraordinary that my past sin, my present sin and the sins I will commit in the future have all been dealt with already at the cross. It is amazing! But let not this glorious truth lead us into careless living. Samson loses his power because of lack of holiness. His hair was merely a picture.
Q. What have you got?


God gives us everything we have to serve him and to give him absolutely everything. Jesus says, lose your life for my sake and you'll have it abundantly. Don't perish, have eternal life.

Word of Grace is an Evangelical (Born Again),  Spirit filled (Charismatic), Reformed, English speaking church in Pune that upholds the Bible as God's inspired Word for life. We are a church community that have people from every part of India and parts of the world. We are here to put the Great Command and the Great Commission into practice by equipping and releasing every member into works of service. To know more about us please log onto www.wordofgracechurch.org.
By Las V - February 01, 2016