Forgiveness A Gift To Myself 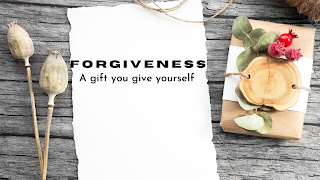 This message was preached by  Navaz D'Cruz via zoom  Word of Grace Church , on the July 19 2020. For the audio please click here.

INTRODUCTION
What is a common human tendency? To get something for nothing and to give something demanding everything. Another would be “treat others as you don’t want to be treated”.

Jesus was having a chat with his disciples about the Kingdom of heaven. They wanted to know who is the greatest in the kingdom. Jesus tells them they need to come to him with childlike qualities of trust, freedom, humility.

Then Jesus goes on to tell them the value the Kingdom of heaven puts on each individual. He is not talking about people who are unsaved. These are sheep that belong to the shepherd. In Biblical language, God’s own is always referred to as sheep and the lost goats.

But sheep can also lose their way. God never leaves us nor forsakes us. He comes after us. I believe the next paragraph is a continuation of that discussion. Jesus gave a parable to explain the principle. He then goes on to talk about how it is put into practice. A brother has lost his way like the lost sheep and we have a responsibility to go after him and restore him to the fold.
Peter is working this out in his head. How many times do I have to go and talk to this guy? And again Jesus gives an answer and follows it’s with a story that we will be looking at more closely today.

THE PARABLE
What is the Kingdom of heaven like? The players in this story are the King, a servant you can’t pay his debt, the servant's friends, others servants and tormentors.

The point Jesus is making is look at the amount of mercy and grace each one of us has received. Is there anything you can do to earn it? No !. Therefore we need to show mercy just as we have been shown mercy.

These days everyone wants a sugar-coated pill. Jesus did not worry that his words caused pain.  We live in a society that over medicates to avoid pain and reality.

Today’s message is a non-sugar coated pill. A surgeons job is to deal with the anomalies in your body even though cutting through your flesh etc. is going to cause you pain. Do you resist it? No. You know after a while you will be healed and whatever that was removed from your body needed to go for you to live healthy and long.

So let the Word of God that is living and active and sharper than a double-edged sword or even a surgeon’s knife, do its work in your heart today.

Today we are going to look at Unforgiveness and Offence

Nothing affects us more than unforgiveness, offence and bitterness. It colours our judgement on everything and everyone we meet and not just the person we feel has sinned against us.
Jesus called us to a lifestyle of forgiveness. He said to forgive 70 times 70 every day!! This value is not a philosophy; it’s a principle that has to be practised. Philosophies never changed the heart.

When unforgiveness it not dealt with on a daily basis it starts to grow roots. Its called bitterness. Bill Johnson “says bitterness is murder in diapers.”

Bitterness can even blind you to the repentance of the other person.

WHAT IS UNFORGIVENESS?
Unforgiveness can happen to the best of us when we think we are better than others or feel entitled to be treated in a certain way. Phil 2:3 – think of others better than yourself.

Unforgiveness or offence  can occur when I jump to the wrong conclusions about a person’s behaviour.

We have unreal or unmet expectations of how others should treat us.

The Bible talks about picking dust from one’s brother’s eye while we have a huge tree bark jutting out of our own.

THE RESULT IS:
·      Often these people are blind to their own faults while expecting everyone else to toe their line.

·      They are slow to forgive and harbour unforgiveness for a long time.

·      They are not open to any feedback themselves They are fault finders with everyone.

·      When they take offence they often retreat or go cold on the friendship and are not interested in dialogue or reconciliation.

·      The end result is because of this negative behaviour pattern, people begin to avoid them and they feel rejected
·      They are unable to discern who are their true friends, hence never form deep relationships.

·      They can be controlling people because they want things to always go their way and have everyone toe their line.
·      Any criticism is taken as being against them personally and seeing as rejecting them personally.

·      Often time expectations are not voiced but they expect you to know and read their minds and when you don’t, offence is taken.

·      So you might encounter passive aggressive behaviour i.e I won’t do something I know you want me to do, and I will do something that you don’t like me doing.

·      In a church setting which is so much a part of my life I have seen this behaviour pattern as very dangerous and detrimental to the unity and harmony in the church family.

We are tormented -  We are tormented by bitter thoughts day and night. This could result in anxiety, fits of anger and rage, high blood pressure, headaches, and all kinds of illness as well. Not all illnesses are a result of unforgiveness.
Our families get tormented as well because our poison spills onto them and they become victims of my bitterness and unforgiveness. There is collateral damage.

WHAT DO WE DO?

FORGIVE. WHAT IS IT?

Jesus takes a serious view of unforgiveness In the Lord’s prayer we are taught to pray “ Forgive us as we forgive..”

We have been forgiven all our sins. Jesus died in my place. He paid the penalty for my sin. HE does not deal with us as our sins deserve Ps 103:8.

Forgiveness does not make them right. It makes me free.

Forgiveness is the best gift you can give yourself.

Forgiveness does not mean you don’t have a right to protect yourself especially in cases of abuse. You do not put yourself in harm's way.

Forgiveness does not mean I cannot talk to the person about the offence. In fact in Matt 18:15 we are encouraged to go and sort it out.

Forgiveness does not mean there won’t be consequences. The effects of the sin might still pan out.

WHAT IS THE REMEDY?

It is simple but not simplistic. It takes a battle of the mind not to fall into that terrible trap.

It takes courage to speak up and clear doubts.

It takes humility to hear what the other person has to say and receive it well.

It takes strength of character to have a sober judgment of oneself.

It takes much grace and oodles of love and self sacrifice to appreciate others, to give them the benefit of the doubt, to let go petty issues.

It takes fortitude to forgive even when none has been offended. Bless the person ( Luke 6:28). This forces us to get out of a philosophy mindset and put it into practice.

Release the debt permanently. Unilateral forgiveness. The car that ran over your foot is not coming back to heal you. The person who caused the hurt is rarely a part of the healing process.

Healing takes time- do not confuse it with unforgiveness.

WOW!!! How do I know this? Been there, done that.
But this looks like a list for a superheroes or something. Yes if tried in one’s own strength.

Thank God I don’t have to! The Bible tells me that Jesus was tempted in every way thereof is able to sympathize with my weakness.( Heb 4:5)

When I am tempted to sin He does provide me with a way out- an escape route and will not allow me to be tempted more than I can handle.(1Cor 10:13)

I need to remind myself that I can do all things through Christ who gives me strength.

I can have victory over this problem. I have a choice – to be offended or not.

I also have a responsibility not to cause offence – that my speech is gentle and seasoned with salt, my behaviour is loving and kind at all times and I will be quick to forgive and not harbour ill in my heart. My prayer is that I would be a channel of peace.

Life is short. Let’s keep short accounts and be on the offensive about this offensive habit of taking offence!

Give yourself the gift to forgiveness today.
You can read more on Offence in this Blog written by Navaz
For a Blog on Forgiveness by Colin please click here