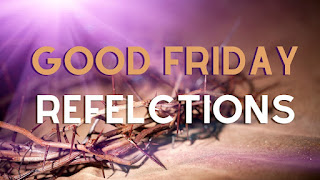 This message was preached at Word Of Grace Church on April 15th 2022  by Shoma Manesh, Andrew D'Cruz and Navaz D'Cruz via zoom. For the audio & video please click here.  To listen to the worship please click here.

Luke 23:34 - Father forgive them for they know not what they do.

Many years back when I was in grade 7, I asked my father why Good Friday is called a Good Friday. My dad explained how Jesus took all our sins on the cross and because of His sacrifice we go to heaven. It didn't make any sense to me at all then.

Few years later when I was in college I was going through a rough phase. I had lot of bitterness and anger towards my friends and family. However, I used to read the Bible a lot. So, I had this attitude that Jesus is with me, and I don't need anyone else.

But one day Jesus took me through some scriptures which says all those who have bitterness and anger will go to hell.  Fear gripped me. Not only because I will go to hell, but also because Jesus is not with me anymore. I started crying and told Jesus 'I am all alone and I don't want to live without You. Please don't leave me.' Immediately I felt His deep love for me and heard His voice for the first time in my life. He said all your sins are forgiven Shoma. I will never ask about your past and you will be there with me in Heaven. What a joy it was to experience His love and His forgiveness! That is when I understood why Good Friday is good.

Jesus took the punishment for all our sins on the cross and we have been forgiven of our sins once and for all. Amen!

What we see in the movie ‘Passion of Christ’ is not even close to what Jesus had to suffer.

Isaiah 53:2 says His face was so disfigured that no one would want to look at His face.

But He forgave them all because He loved them. He showed the perfect love on the cross.

There are two things that we learn from this one verse

1. You are forgiven - We are forgiven because of what Jesus did on the cross. All our sins - past, present, and future sins are forgiven. Now we are right with God forever. We may sin sometimes as our mind is not fully renewed but that doesn't make us a sinner. Our identity always remains the same. We are children of God, and we are the righteous ones.

2. Forgive - He forgave everyone who tortured Him. Let us also forgive and not hold grudges against anyone. Forgive and forget.

Bear with each other and forgive one another if any of you has a grievance against someone. Forgive as the Lord forgave you.

It was His crucifixion and our salvation.

It was His stripes and our healing.

It was His chastisement and our peace

It was His punishment and our freedom

We are forgiven so let's forgive

My God, My God, why have You forsaken me?

Just before Jesus was arrested, Jesus along with His disciples celebrated the feast of unleavened bread, also called the Passover. Jerusalem was crowded with people who had come to celebrate this feast.

PREPARATION FOR THE PASSOVER

During the Passover, a lamb was sacrificed by each family at the temple. This lamb had to be inspected by the High priest and if He found it without blemish it was an acceptable sacrifice.

The Passover was a commemoration of God delivering them out of Egypt and freeing them as a nation. On that night in Egypt everyone marked their doorpost with the blood of the lamb as a sign for the angle of death to pass them by. The lamb was then eaten at the meal.

Jesus is the fulfillment of what was done symbolically, and which was a prophetic act – but the world did not understand just as John 1 says. Jesus was creating a New Redemption story with the cross being at the center of the story.

Few things for us to take note of.

1. The High Priest and his counsel condemned and crucified just before the Sabbath when the Passover was celebrated.

Jesus gave up His spirit at the 9th hour. John and the women were in a hurry to get his body down from the cross and burry it because the sabbath was about to start, which is why they had no time to embalm his body with the spices.

What is significant about the hour of Jesus death? Why is it recorded? It was the same hour with the High Priest enters the temple to sacrifice the spotless lamb he has chosen, an offering for the sins of man not realizing that outside the city naked bruised hanging on a cross is Jesus the true lamb of god shedding his blood going down every part of his body mutilated by the whipping and pain and agony and he gives up his life at 3 p.m. or the 9th hour on that day.

Now darkness covered the earth and there was thunder and an earthquake where the rocks split open, and graves gave up their dead!

While this was happening outside, in the Temple, the thick curtain was split from top to bottom – bring down all barriers between man and God. Jesus’ blood made a way for us to boldly enter the throne room (once hidden behind a thick veil) of grace. We enter now by a new and living way – the blood shed by the Lamb of God and not a physical lamb.

So, when Jesus cried out in a loud voice IT IS FINISHED – he was not saying He is finished. He was declared the work that HE came to do has been completed. (John 4:34 Jesus said he came to finish the work the Father gave him)

It is a term you use when you have finished all your work. It is also a legal term that a Judge would use to announce when somebody had paid their sentence in full. It would be stamped on your Prison sentence – Finished or paid in full.

It is also used as an accounting term – when you paid your taxes – your papers would be stamped “tetelestai”.

What did Jesus Finish?

There are 53 messianic prophesies that were finally fulfilled. There are in total 380 prophecies. Jesus came to fulfill the law and he did is teteletai.  The devil is finished and defeated. It was a triumphant cry. He won the battle over sin, sickness, death and every kind of oppression.

While the high priest and the religious people left Jesus to die in obscurity like a common criminal, God the Father made sure everyone knew about the earthshattering event – He put on a show that no one could deny.

Now going back to the Passover meal. This meal was eaten at Sabbath after the lamb was sacrificed and then it was quickly roasted and was a part of the sabbath meal.

Notice there is no mention of a lamb at the meal Jesus had with His disciples. Because scholar says and if you observe the chronology of events, they ate it a day before the sabbath when it was not yet time for the lamb to be sacrificed. Also, because Jesus was going to be the sacrificially lamb the next day. That whole meal was symbolic and prophetic – a display of what was to come.

He was restoring communion between us and God the Father as now we can enter God’s presence by a new and a living way made possible because of Jesus’ finished work on the cross.

He introduced 2 new sentences into the ritual every Jew knew by heart.

He reinterpreted the elements of the bread of affliction and the cup of suffering in Himself, and the focus was no longer on the suffering of Israel in Egypt, but on the sin bearing suffering of Jesus on their behalf.[2]

Luke 22:17-2017 After taking the cup, he gave thanks and said, “Take this and divide it among you. 18 For I tell you I will not drink again from the fruit of the vine until the kingdom of God comes.”

So let us never take the communion table for granted. Why communion – it is a place of communion with God ( a New Covenant)and with one another.