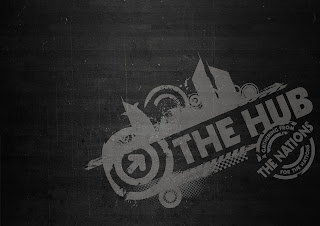 Luke 5:1- 3 One day as Jesus was standing by the Lake of Gennesaret, the people were crowding around him and listening to the word of God. 2 He saw at the water’s edge two boats, left there by the fishermen, who were washing their nets.3 He got into one of the boats, the one belonging to Simon, and asked him to put out a little from shore. Then he sat down and taught the people from the boat."

This was a defining moment for Peter. We can’t afford to miss them sometimes, on which so much rests. All else that Peter did is because he responded in the right way here.

Martin Luther’s action of questioning the indulgences set off the Reformation.
In 1735 George Whitfield was asked to speak to someone in prison. He speaks from John 3 and the 2 prisoners are saved- crying out ‘I’m saved’. Whitfield is bewildered- goes home and ponders on the thief on the cross who realizes that the thief could not do anything. This moment started a great awakening.

In 1861- Wesleyan society conference- William Booth’s method was not accepted by everyone. He hated Calvinism. He was firing evangelists. Some thought he should be reined in. wife shouted, “never William, never”. That started the Salvation Army. It was a defining moment.

In 1898- Methodist minister (America) gathered 40 students every year. Got them to study Acts 1-5- realized that the Baptism of the Spirit was indispensable. Agnus Osmond- asked for baptism in the Holy Spirit and spoke in Chinese for 3 days. They all spoke in known languages and then went on to those countries as missionaries. The start of the Pentecostal charismatic movement!

Billy Graham- the night before his first crusade had an encounter with God.

Luke is the only one who records the defining moment for Peter.
In Regions Beyond, this new phase of us coming together-
Jesus was not unknown to Peter. Peter may have even witnessed healing. He is having a bad night. He is happy to loan his boat to Jesus. He did not know what was coming. Peter was a middle class business man. Fishing was his skill and knew when to fish and knew he could have had a bad night. You still need to clean the nets even though empty.
Jesus is a preacher/healer but knows nothing about fishing in the natural.
He tells Simon to ‘go fishing’. Why did he do it? It just seemed like the right thing to do. That’s true for us.

1.      Obedience- they learnt it in the natural and in the spirit. Peter was impetuous, reckless, failed publicly. But Jesus had him in hand. Discerning the will of God is tough sometimes. The timing of God is important to know. These are defining moments- when we will have to conclude whether there is God or not.

G Booth- Booth’s son’s very different from his father. He has a strange experience – a woman climbs into his room and tells them her story which was tragic (child prostitution). William Booth did not want to get involved. Gram well felt this was the leading of God. Those days, age of consent was 12.  He fought to raise the age and the  result was the age was raised to 16.

John and Betty Stan in 1930 moved to China and were martyred. 700 men and women volunteered for mission work at their funeral.
It’s important to know what’s gone before. Obedience is tough.

2.      Partnership- we see it here. They call the other boats for help. We talk so much about team. This is vital to everything we do. Newfrontiers was built on relationships and we need to keep it that way. Not one fish was lost because he asks for help.
The next three years they are jockeying for position- strange. He did not say he did not want them to be great- but not in worldly terms but in serving.
Even at the last supper, they are arguing about who will be the greatest. We are not in competition.

History is not on our side when it comes to this.
Reformation in Europe- it could have achieved so much more. Luther and Zwingly divided over breaking of bread. This opened the door to Counter Reformation.

Whitfield-Wesley- the followers alongside the Great Awakening did not achieve what it could have.

We can do more together than apart- we can make history of working together not jockeying for position. Wesley did not do a good job at the end of his life.
They were great men of God but we learn from their mistakes. We are here for one another’s success.

3.      For Peter this defining moment was about too much. He was undone. He could cope with miracles but Jesus recruiting was almost too much for him. His response was “go away, I am a sinful man”. I don’t think it was sin. He just didn't feel worthy. It was the realization that he was encountering the awesome and big recruited by the most magnificent being ever. He was then to have full revelation.

When Isaiah went into the temple and encountered God, he was undone. This is an attitude for a lifetime and not for a moment. It was like that for Abraham, Moses, Joshua… it was something they lived with.

This Conference is a defining moment. We will model something- about partnership around the world.