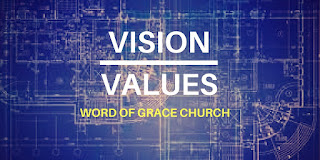 It is our priority to advance the Kingdom of God here on earth in this time. But how we do it is important. The ends don’t justify the means. We looked at 3 things last week:

1.      We want to pursue the presence of God. The Spirit of glory rests on us- we are glory carriers.
2.      In order to lead, we need sacrificial servant leadership.
3.      We want to see churches that are multicultural and multigenerational.

a.      Very early on in the Bible, in Gen 4:3-5 we see Cain and Abel. 2 brothers, with the same parents, background, culture, etc. there was division in the heart of man. The result is that Cain killed Abel due to envy.

b.      In Gen 17:9- we see Joseph who had dreams about his future, who’s father favoured him and who shared his dreams with his brothers. But the brothers were insecure and wanted to put an end to it.

c.      Saul- When Goliath challenged the Israelite army, David comes up and destroyed him. As David gets other victories people start singing, “Saul had his 1000s, David his 10,000s”. Instead of celebrating him, Saul was jealous.

In our hearts, there is a tendency to be jealous just like that. It’s only Jesus and the power of the Holy Spirit that can change us.

Here are some Good examples:

a.      Jonathan- He loved David. 1 Sam 19:4- 6- “Jonathan spoke well of David to Saul his father and said to him, “Let not the king do wrong to his servant David; he has not wronged you, and what he has done has benefited you greatly. He took his life in his hands when he killed the Philistine. The Lord won a great victory for all Israel, and you saw it and were glad. Why then would you do wrong to an innocent man like David by killing him for no reason?”” Jonathan was next in line to be king. But David was supported by him a 100%. We want to be involved in encouraging others like Jonathan did.

b.      Barnabus: his real name was Joseph, but he was such an encourager that he came to be known as barnabus which means, ‘son of encouragement’. In Acts 9:26- “When he came to Jerusalem, he tried to join the disciples, but they were all afraid of him, not believing that he really was a disciple.” Saul got saved, and was looking for the disciples to join them. But they were afraid of Saul because of his history.

But barnabus! Verse 27 says, “But Barnabas took him and brought him to the apostles.” He believed in Saul and his testimony and he travelled with him for the next few months.

It takes great grace for someone who brings you in, to let you grow greater than them. It was Barnabus and Saul for a while and then it became Paul and Barnabus.

Barnabus also encouraged John Mark who deserted the apostles. He took him on and later Paul remarks to send Mark because he is useful. Barnabus never wrote a book of the Bible, but we see that he encouraged two people who together wrote 14 books of the Bible.

Q.So, what are we looking for in others to encourage?

·        Look for good things in others. We can see specks in other people’s eyes. It takes grace to see the things we can pick up from each one.

·      Recognise their gifting. If Saul had embraced David’s anointing, they could have been great together. Phil 2:3-4 “Do nothing out of selfish ambition or vain conceit. Rather, in humility value others above yourselves, not looking to your own interests but each of you to the interests of the others.”. There are so many opportunities to encourage one another.

Q. How can I help in them being all they are called to be?

Crabs in a bucket, is not in the kingdom. Recognise gifting and anointing. Also, be cautious about mouthing the next slogan. It’ll take time in fleshing it out.

5.      Cultivating a spirit of generosity and giving- John 3:16- God gave his most precious possession out of love. We are called to be imitators of him. For this, we need to move from poverty to wealth mentality. In poverty mentality, no matter how much money you possess, you are not content. You feel like you don’t have enough.

Whereas the wealth mentality says that God has entrusted so much to me and I’m blessed in every way. I am a steward of his riches.  We want to be a blessing. We are to reflect the heart of Jesus. The opposite of this is the spirit of entitlement which says I deserve this.

Be a blessing. A pond has water that goes nowhere. It becomes stale and starts to give off  a bad odour. But a pipe is used to direct thousands of litres of water through it. We are called to be a pipe.

6.      Uplifting the poor- Luke 4:18- “The Spirit of the Lord is on me, because he has anointed me to proclaim good news to the poor.” 1 Sam 2:8- “He raises the poor from the dust and lifts the needy from the ash heap; he seats them with princes and has them inherit a throne of honour.” It is important to give them dignity and value and also the life-giving gospel.

Let us put these things into practice and bring glory to God.


Word of Grace is an Evangelical (Born Again),  Spirit filled (Charismatic), Reformed, English speaking church in Pune that upholds the Bible as God's inspired Word for life. We are a church community that have people from every part of India and parts of the world. We are here to put the Great Command and the Great Commission into practice by equipping and releasing every member into works of service. To know more about us please log onto www.wordofgracechurch.org.