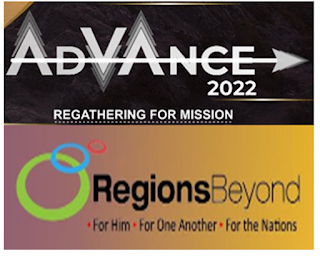 This message was preached by Nigel P, at the Regions Beyond  Advance conference in August 2022.

We have heard a lot about the New Era and getting into big boats. The church cannot be like before – it needs an adjustment. The Kingdom of God will move forward based on the steps we take.

Jesus also introduced a New Era where the Kingdom of God was taken from the Jews and given to the church which will produce fruit.

The disciples would possess the Abrahamic promise. Jesus gave them the mandate to go and make disciples and raise the dead. And He gave them a promise that He will be with them.

In the book of Acts, 3000 get saved and then daily people are added to them.

In this New Era, it is about possessing the promises and we must believe that today.

However, there is one key thing – it cannot be done with our faith. The Promises are way beyond where we are.

The book of Hebrews urges Christians to grow in maturity. The book was written in AD65 – it was a different picture now. Christianity had fallen to something less – less than possessing the promises.

Heb 11:1 When people in the Old Testament could do this how much more we. Noah – God spoke to him about a judgement coming. It took many years to build the Ark but he believed what God said would bring salvation. In the same way, we build the church because we know that it is the doorway to salvation. Noah took risks.

Abraham was told to go, and he went and in that decision was the making of a people. He never possessed it but he lived like he did!

When God calls, we possess something and some things we don’t in our lifetime. Because they believed they took risks, and the Kingdom of God was advanced by those steps. We rejoice about our names being written in the Lamb's Book of Life. But also rejoice about your name being among the heroes of faith. Hebrews 11 is the normal Christian life. We will see fruit if we take steps of faith.

REHAB has an incredible story. Heb 11:31 ( Josh6) In the story of Jericho is Rehab a prostitute. The two spies go to Rehab’s house and she says to them  “ I know God is with you and that God has given you this land. The king comes to know about these spies and Rehab takes steps of faith at great cost and hides the spies.

Israel crosses the Jordan in flood. They walk around the walls for 7 days and the walls come down and Rehab’s family is saved.

What can we learn from this as leaders? Here was an unbeliever who believed! Those who crossed the Red Sea did not believe it!! And here is Rehab who heard about the parting of the Red Sea 40 years ago and believe. What faith!!

1.    Her faith includes a consciousness of God. I know that the Lord has given you the land. We heard about the Red Sea and how you defeated two Kings. She recounts the details. Your God is the God of heaven and of what is happening on Earth. People may persecute us but I see a God who uses people and circumstances. God is calling us to change the nation. Can we be aware and conscious of God?

It’s important therefore to practice the presence of God we can talk to God. The New Era must be characterized by intimacy with God – there must be a coming to God and having God encounters. It means prayer takes on a whole new meaning in your church. We need to bring intercession to the front.

2.    Consciousness that God related to the world in a particular way. His commands are good for mankind and it requires obedience. Her faith had a consciousness that it required something. Disobedience has to be dealt with. Rehab was conscious that Jericho was going to be judged. As leaders and churches, we must walk in obedience to God. So many churches do not talk about sin anymore. In our daily prayer, we pray “forgive our sins”.

3.    She was conscious of the Grace of God. She was not killed along with the disobedient. She knew that there is a God who forgives her- mercy triumphs over judgement. She knew that repentance would lead her to be saved. As Christians when we sin, we must be strong in knowing the grace of God. So many live in the trap of shame. We do not have to undo it. God will give us a clean slate. Grace gives us a new beginning.

4.    She was conscious that she believed but she also had to take steps of faith. Heb 11:1 “…must believe that he exists and reward those who earnestly seek Him”

God is a giver of rewards. God has a plan, and we need to partner with it. Believing in Jesus is engaging with His plan, and I must believe. Her faith believed in the impossible and she finally became a part of Israel, and she is in Jesus’ lineage! WOW!!

Put faith goals on your church/House groups Pray for the sick. How does mission fit into your house groups?