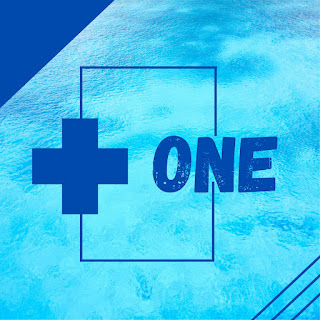 We are just a few weeks away from Christmas. People around this time of the year just get into a relaxed mode. Imagine a marathon. People finish it in 3 ways

We need to pick the 3rd option. A lot can happen in 7 weeks if we give ourselves to it. Maybe this year has not been good, maybe just moderate. But we can still finish strong. We will look into the lives of people who lived this way to inspire and envision us. We need to enjoy God, make friends and change lives.

But how did Philip get started? He was chosen to serve at tables. In acts 8: 29, he was walking or running alongside the chariot. He hears the guy reading scripture and started talking to him. “So Philip ran to him and heard him reading Isaiah the prophet and asked, "Do you understand what you are reading?" And he said, "How can I, unless someone guides me?" And he invited Philip to come up and sit with him. Now the passage of the Scripture that he was reading was this: "Like a sheep he was led to the slaughter and like a lamb, before its shearer is silent, so he opens not his mouth. In his humiliation justice was denied him. Who can describe his generation? For his life is taken away from the earth." And the eunuch said to Philip, "About whom, I ask you, does the prophet say this, about himself or about someone else?" Then Philip opened his mouth, and beginning with this Scripture he told him the good news about Jesus.” Acts‬ ‭8‬:‭30‬-‭35‬ ‭ESV‬‬

Here is a person who was not yet in Christ. But Philip reached out and God used him to bring the Ethiopian eunuch into the kingdom. So pray and ask God to show you people who should be invited.

John 4- Jesus himself was in Samaria and had a conversation with a woman who came to draw water. Jesus is asking her for help. Don’t hesitate to ask for help. That simple statement of Jesus opened something up and the gospel went to the entire village. Her testimony made a way for many to believe.

God has placed you here because he has a purpose for you. Part of that is to share the gospel with people. We have a great responsibility. Make a list of people and start praying for them. Look for opportunities to initiate contact with them.

Imagine if you make these 3 changes in your life in these 7 weeks, do you think you’ll grow? What’s stopping us? Our spirit is saying yes, but our flesh can say something else. Paul says he beats his body to obey the spirit. It is helpful if we have accountability with one another. You will grow stronger as you do this and the church of Jesus Christ will be built. Amen.