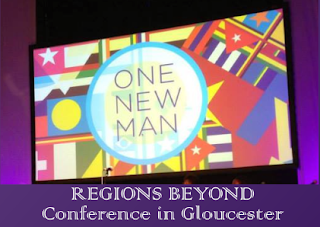 In August, Regions Beyond which is Steve Oliver's   Apostolic Sphere (which is a part of Newfrontiers ) held a Conference in the UK .At the conference Steve O and others shared on what the the apostolic, what is Regions Beyond and how do we relate as different apostolic spheres that share a common history, vision and values. This series of blogs is very useful to helping us understand who we are, what vision shapes us and what the future holds for us.You can find the mp3 audio recording the sermons that we will be summarizing here by  City Church Gloucester website. This  is PART 2 of a  message by RAY LOWE .

i.                 We must not neglect to build church well if it needs to be missional. When Paul and Barnabus were released from the church at Antioch, everything was in place. The Church should not be standing on one man’s gifting where, if he leaves, the church is wrecked.

Whe we are going on mission, we need to see that the church is going to be okay as the people who have been leading are going out. We’re in a time of enthusiasm and God is opening the nations but it would be foolish to ignore the local church. It’s not an either/or. It’s both/and. When people are sent or released, it should be because the Holy Spirit and us are in total agreement of that.

ii.               Number 2’s rarely make number 1’s. For example, Timothy probably did not do very well. That’s why Paul says, “stir up the gifts in you… don’t be timid.” In a sense, it was rebuke. He was not cut out to be the leader of a big church. If God opens a door, we need to be sure that we’ve got what is needed to go through that door. We have to build strong churches.

e sure the call to the nations is as important as living godly lives.
Three questions for leaders:
a.      Are you convincing the people whom God has given you, of mission both at home and further afield? As a leader, you have to take your people with you. Are you taking them with you?

b.     Are you building a church of Godly living moral people, which is a good thing, or are you building a church with functional people who can be released and reproduce themselves? Some pastors need to be needed and so want to work with dysfunctional people. They get them to live godly lives but not take them to the level of maturity where they can reproduce themselves. Pastors are not policemen. They are called to shepherd and release.

c.       Are you part of Regions Beyond because you love Steve because he’s such a loveable guy, or is it because you want to see the kingdom of God advance? Do you honor your leader above the mission?