The Promise Keeper | Lessons from Stephens Speech Part 9 B 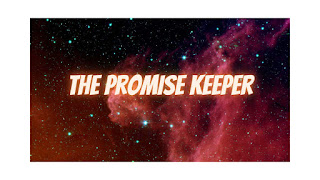 This message was preached by Debbie Vartak via zoom  Word of Grace Church, on September 27th 2020. For the audio please click here..
Passage: Genesis 21:1-7

1.God is a promise keeper.

-Abraham had to wait for 25 years for the promise to be fulfilled.

-the birth of Isaac was miraculous. Sarah was barren and both she and Abraham were old (Genesis 18:12). Yet when the situation seems impossible, God comes through!

Jeremiah 32:27- Behold I am the Lord, God of all flesh. Is there anything too hard for me?

-If God has promised you something, hold on to it because He is faithful.

-God is never late and always on time for nothing is too hard for our Lord.

Why would an all-knowing, omniscient God test His children? Does He not know how we would react to it?

Of course, He does! He knows our thoughts afar off! He knows the end from the beginning. Why does He still test?

The reason He tests us is for our benefit-to stretch our faith.

James 2:23 says that Abraham was God's friend. He had a deep, intimate relationship with God, so when God asked him to sacrifice his only son, whom he loved the most, all that God wanted him to do is stretch his faith.

-Faith is not just an abstract quantity, but it is followed by action.

James 2:24 - You see that a person is considered righteous by what they do and not by faith alone.

-Also the root word in Hebrew for 'test' is 'Nes' which means 'miracles'!

So when God tests us, remember He is going to bring a testimony out of it.

What I mean by robotic is when you give a command to a programmed robot, it will instantly obey the command without questioning why, what, how etc. Similar was Abraham's obedience when God told him to sacrifice his only son. He did not question God or doubt if it was the voice of God.

-in Genesis 18:16 onwards we see that when God revealed His plan of destroying Sodom and Gomorrah to Abraham, he was bargaining with God and was concerned if God would destroy the whole city if there are at least 50,45,40....10 righteous men. He was so concerned about them! But when God asks him to sacrifice his only son, he didn't say a word.

What could be the reason?

Abraham knew that the God who had given him the promise is faithful. That is why he is our hero of faith.

-It was around 3 days journey from the place where he lived to the mountain in Moriah where God showed him to sacrifice his son. Throughout the journey, he didn't reveal his plan to his son or servants. Neither did he turn away from obeying God. This is a kind of robotic obedience.

-A reflection of it in the New Testament is that as Abraham was willing to sacrifice His only son, the son whom he loved the most, in the same way, the Heavenly Father sent His only begotten son whom He loved to be sacrificed so that through His blood our sins would be forgiven and we would be made whole.

You are the way maker, promise keeper, light in the darkness.

My GOD that is who You are.

Word of Grace is an Evangelical (Born Again),  Spirit-filled (Charismatic), Reformed, English speaking church in Pune that upholds the Bible as God's inspired Word for life. We are a church community that has people from every part of India and parts of the world. We are here to put the Great Command and the Great Commission into practice by equipping and releasing every member into works of service.  Word of Grace is a part of a wider international family of Churches called RegionsBeyond.To know more about us please log onto www.wordofgracechurch.org.
By Navaz DCruz - September 29, 2020